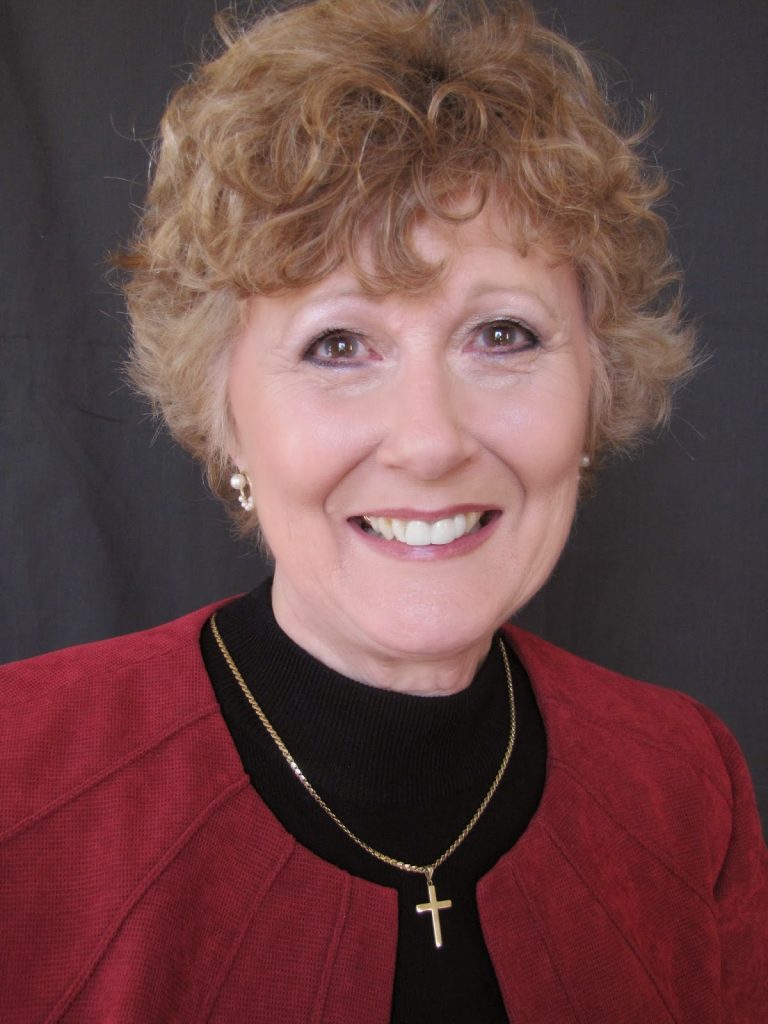 Hey everyone! It’s always a privilege to have Patricia
Bradley on the blog. Today we’re celebrating her newest release, the 2nd
book in her Logan Point series, A Promise
to Protect. I loved this book! Let’s play a few rounds of Would You Rather?
with Pat and her characters.
Would You Rather…
…feel pain or feel nothing at all?
Pat: I can remember after my husband died that I was
absolutely numb for months. Couldn’t feel any type of emotion. So, I think even
feeling pain would be better than feeling nothing
Ben: Oh, no.
Since Tommy Ray drowned, I’ve had enough pain to last me a lifetime.
Feeling nothing would be better than the panic attacks I have.
Leigh: I’m not going to let anyone close enough to
cause me pain…well, except for TJ. My friend Sarah told me once that when your babies
are little they step on your feet, but when they get older, they step on your
heartstrings.
…be the hero or the sidekick?
Pat: Everyone wants to be the hero. J
Ben: Definitely would like a second chance at being
the hero.
Leigh: Ben, you are a hero whether you believe it or
not. I’m content being the sidekick.
…eat the cream or cookie part of the oreo?
Pat: Cream…if I ate Oreo’s.
Ben: The whole thing.
Leigh: That figures. I like the cream.
Thanks for sharing you guys. Pat, tell us what’s on
the horizon for your books? What are you working on? When can we expect your
next book?
Pat: The next book in the Logan Point Series is Livy
Reynolds’ story. Readers will get to find out what happened to her cousin
Robyn.
Me: Well, woohoo! I’ve been wanting to know what
happens to me! (Just kidding. Pat had it in her head my name was Robyn and so I
answer to it. Ha!)
Pat: Right now, I’m working on a follow-up to the gun
running operation in A Promise to Protect.
It’s Danny Maxwell’s story—the son of the owner of Maxwell Industries. In A
Promise to Protect, his fiancé, Bailey Adams, broke their engagement and fled
to Mexico, and somehow he ends up south of the border (not telling why) where
he finds Bailey in a lot of trouble.
Ooooh! Readers, do you see this? This is why you need
to be reading Pat’s books! Thanks so much for hanging out today.
A peek at A
Promise to Protect:
Acting Sheriff Ben Logan hasn’t heard from Leigh
Somerall in a very long time, but it doesn’t mean he can get her–or their
whirlwind romance of ten years ago–out of his head. When she calls out of the
blue, it is with a strange request to protect her brother, Tony. When Tony dies
just days later, Ben is charged with a different task–protecting Leigh and her
nine-year-old son, TJ, from the killers. But how can Ben keep an eye on Leigh
if she’s doing everything in her power to avoid him? And could the secret that
Leigh is keeping change Ben’s life forever?
Suspense, intrigue, and a touch of romance make A
Promise to Protect perfect for readers who like their stories with a
hearty dose of mystery.
Your turn: Answer one or more of the WYR questions in the
comments!

My kids have one week of school left! I’m excited because I don’t have to get up quite as early, but to be honest, I’m not looking forward to 8 extra hours of bickering. I’ll probably rent a camper and park it in the backyard. Not sure if I’ll put them or myself in it.


I’m working on revising the 2nd novel I wrote.  I was ecstatic about this book when I wrote it and thought I knew it all without ever reading a craft book (this is where you seasoned writers shout, “Amen!”


Can I just say…for the love! It’s taking me longer to revise than my other mss because it’s pitiful. PIT-EEE-FULL!


For example, every key scene for my MCs were in a bed. LOL Nothing going on that shouldn’t, it’s just they ended up in the same room for one reason or another. As I was reading, I was like WTC? And the writing? First I had to go back and nail down whose POV it was going to be in per scene/chapter, because I’m a recovering headhopper (Thanks, Nora. I blame you.) Then I had to print it again and cut scenes. Some were a joke, some were great but not necessary and it was over 100K…almost 120K! I knocked out at least 5,000K just by removing “just”. I might be exaggerating. Probably not.


Then I had to amp up the tension between the two. My main character was too perfect and I wanted him that way when I wrote him, you know before reading a craft book or studying a novel. That meant completely re-writing the first several chapters since their motivations changed. Well his did. Hers is still the same.


Then I had to cut backstory. That knocked most of my word count down. I’m at 95K now (I’ll keep it no more than 100K) I’m still hunting for the right place to enter what I think is important, but haven’t found it, so I just highlight places it might work for when I print it, yet again. I’m almost done with getting it up to par for the kind of first draft I write now…now that I have read craft books, written more, studied more novels and read writing blogs.


I’m not frustrated. It’s been irritating at times, but it’s also been a good laugh and fun to see how far I’ve come and where my strengths and WEAKNESSES lie. And I’ve enjoyed getting to know the characters again, better.


In fact, Julie Jarnagin @JulieJarnagin and I played a #badwriting game one day and tweeted some ridiculous lines we wrote. It was fun and it was a great stress reliever. If you’re interested, tweet some of yours and use the hashtag!


Oh! This Sunday is my 17th anniversary! I know…I look so much younger. I was a wee babe when I married. I kind of was. 19. So this year I’ve been with my husband longer than I’ve been single. We’ve been together 18 years. We’re probably just doing dinner and a movie, but that’s us. We’re simple.


Looks like we’re getting a membership to the Country Club again this year. Here’s all the reasons I don’t belong. I wrote this last summer. Top 5 Reasons I Do Not Belong at the Country Club.

What’s going on in your neck of the woods? Summer plans? Anniversaries coming up? Any funny WIP stories?
So Saturday night, to end my birthday week, DH took me downtown to eat at our favorite place, but when I got there…SURPRISE! He’d been sneaky and invited our friends who made a fun spectacle of me! We ate lots of seafood and birthday cake.

I’ve been blogging an entire year since last October! Truth is I wasn’t sure I’d even like blogging. “What would I say?”  “Do people really read blogs?” “What if no one likes me?” Turns out, I find all kinds of stuff to say whether it’s important or not, people do read blogs, and I’ve made some lifelong friends because of it! I love y’all! I appreciate you taking time to stop by and read whatever it is I’m writing about and then taking more time to actually comment! You’ve made it so much fun! And for you lurkers, keep lurking. I hope you laugh at times, are ministered to at others, and keep coming back. If you don’t like leaving comments, send me a private email! I’d love to know you’re hanging around. 🙂 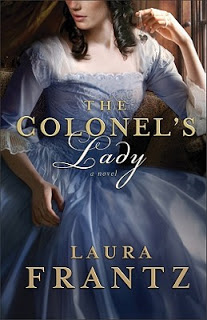 THE COLONEL’S LADY by Laura Frantz


In the last six months, I’ve just begun branching out of my normal genres of reading. I’ve only read a handful of historical romances. Most of them I’ve liked, but NOT The Colonel’s Lady.

I LOVED The Colonel’s Lady.

Laura Frantz grabbed me from the first page with a heroine who was fragile, yet strong. Naive, yet intelligent and I fell in love with her instantly.

The tension between the two was superbly written, the angst for them to be together at an all time high and the twists, fun and delightful…and surprising!

The soft themes of forgiveness and trust blanketed each page in a way that was far from preachy.

I sighed, swooned, and at the very end…in the words of Casey Herringshaw at her goodreads review “I couldn’t write this book review right after closing the final page of “The Colonel’s Lady”. Why? My heart was too full.”

I lived at the Fort in Kentucky and near and in the stone house for days after reading this book.

A romance to read. A book to keep. An author to follow.


Here’s a peek at The Colonel’s Lady.
In 1779, when genteel Virginia spinster Roxanna Rowan arrives at the Kentucky fort commanded by Colonel Cassius McLinn, she finds that her officer father has died. Penniless and destitute, Roxanna is forced to take her father’s place as scrivener. Before long, it’s clear that the colonel himself is attracted to her. But she soon realized the colonel has grave secrets of his own–some of which have to do with her father’s sudden death. Can she ever truly love him?

First of all a BIG FAT CONGRATULATIONS goes out to  Brandie Boddie! She just signed a 3 book deal with Charisma House! Go by and cheer her on!

Now on with the show this it!

2. I’m attending a viewing this evening and funeral tomorrow morning. When I wrote about my best friends being like the movie Steel Magnolias, I had no idea how true to life that would be and it’s just hard.

3. My son is spending a week with my mom and having a ball while being spoiled rotten. I’ll have to retrain him when he gets home because he’ll forget that “no” is a real word.

4. My daughter is leaving for camp this weekend. She wants to borrow my shoes. Why can’t her feet grow a size bigger than mine?

5. Funny note: My husband has shingles–brought on by serious emotional stress (see number 2)…okay that isn’t the funny part. The funny part is he had to go to the pharmacy and pick up the medicine, which happens to be the same medicine they treat Herpes with! rofl.

6. I’m about to refinish my bedroom furniture after I finish up the copy edits of my ms. Pictures will be posted–not in my ms–of my bedroom.

7. I’m still beating myself up for not finishing out the last half of the series Smallville, but dadgumit it just got stupid. I have it on TIVO if I break out in shingles over the distress from guilt, it’ll be there to watch. (and maybe cure me so I don’t have to buy herpes meds)

8. “Jane” got a membership to the country club with me. Neither of us belong in a country club. I’m sure we’ll be kicked out by the end of June. Side note: When I walked into the pool she was wearing a black swim suit and a big floppy hat. I think she was going for a Hepburn look. All I saw was the mom whose son got eaten by JAWS.

10. One of my BFF’s gave me a present. An iPhone. It’s not even my birthday. How great is that? I’ve always suspected she’s cajun mafia so, I’m sure I’ll be owin her one…I don’t know much about making concrete shoes. I have shot a gun…for research. 😉

Next Monday I’ll be chatting with Nike Chillemi about her debut novel, Burning Hearts. Don’t miss it! Have a great weekend.

So what’s going on in your neck of the woods?