Skip to content
But he
said, “If they kept quiet, the stones would do it for them, shouting praise.” Luke
19:40
How in
the world do rocks cry out?
This particular scripture was fulfilled in Matthew 27:51
after Jesus finished the work on the cross.
“Then,
behold, the veil of the temple was torn in two from top to bottom; and the
earth quaked, and the rocks were split,…”
What if
there’s more to it?
Let’s get into a little quantum physics, shall we? And let
me start off by saying, I am in no stinking way an expert in physics.
According to an article written by John Keely circa 1893, (whichyou can read here) he stated the following:
“First: Matter is capable of infinite
subdivision.
Second: In the aggregation of matter,
force or energy is stored up or conserved.
Third: In the dissociation of
matter, force is liberated.”
So, matter is a whole formed by many. In its whole form,
force is stored up. He says, “matter is force in bondage.”
Hang with me, troops. I’m gonna bring it all together soon.
Apparently there are subdivisions of matter. He says, “The
atomolic substance is what is termed the ether which fills all space and is the
transmitting medium for all celestial and terrestrial forces.”
Ether is the upper regions above the sky. Supernatural.
Which we know there is. God in the heavens, sitting on his throne. We know
there are angelic hosts, they rejoice when sinners repent. They sing—choirs of
angels. We know the seraphim circle God’s throne and they cry out (like the
rocks could) Holy! Holy! Holy!
But with our human ears, we can’t hear it. Nor can we, with
human eyes see it.  2 Samuel 5 tells us, “Therefore David inquired of the Lord,
and He said,“You shall not go up; circle around behind them, and come upon
them in front of the mulberry trees.  And it shall be, when you hear the sound
of marching in the tops of the mulberry trees, then you shall advance quickly.
For then the Lord will go out before you to strike the camp of the
Philistines.”
Heavenly troops marched above the trees! God allowed them to
hear.
2 Kings 6 tells us, “Then
Elisha prayed and said, “O LORD, please open his eyes that he may see.” So the
LORD opened the eyes of the young man, and he saw, and behold, the mountain was
full of horses and chariots of fire all around Elisha.”
So how
does this relate to rocks crying out?
In Japan, they designed a supramolecular nanofiber that
aligned with
harmony in music. Yeah. Wild huh? They played Mozart and Beethoven
and that little nanofiber danced in harmony to the music. I have no idea about
the physics behind it other than it was proven. You can read about it HERE.
Which is interesting because Keely also says, “All motion is
synchronous; no sound or movement can be made but all that moves or sounds does so in harmony with something.”
If this is true, that all that moves or sounds does so in
harmony with something, then imagine if everyone stopped praising God. Not one
praise from a human being.
What would happen?
That
force in bondage would break open and be liberated. It
would explode, like quaking—like mountains moving– in harmony with the praise
already going on in heaven! Like that nano fiber jiving to Mozart. The rocks would
indeed have to cry out if ALL that moves or sounds does so in harmony with
SOMETHING!
Don’t make a doctrine out of this, but think about it, that’s all I’m doing…thinking. How
ironic that physicists try to discredit God all the time yet Jesus may have
been standing there giving a lesson in physics on that day!
These rocks will cry out. If you won’t move in harmony with
the sounds in heaven, they will. Physics demand it!
Crazy huh? Speaking of crazy. The Hebrew word for “rocks cry
out” in Luke
19:40 is krazo. Which totally had me laughing as I said, “Oh, God,
do you get it?! That’s krazo—crazy!” Pretty sure he got it.
Truly, he is the Great I AM.
“All things were made through Him, and without Him nothing
was made that was made.” John 1:3

If he says the rocks can cry out…they can.

Brings a whole new meaning or a richer meaning to this song
doesn’t it?

“Those who
know your name trust in you, for you, O
Lord, do not abandon those who search for you.” Psalm 9:10

Trust boils down to knowing someone. Really knowing them. If you know someone well, you’ve experienced their behavior. You know if you can or can’t depend on them. But you have to give that person opportunities to prove themselves one way or the other.
“Those who know Your name trust in You….”
I can trust Him because I know He is The Good Shepherd, The God Who Forgives, Righteous, Faithful and True…the list goes on.
By what name or names do you know God? Or pick a favorite to you.
And wallow in the goodness of Bryan and Katie Torwalt’s I Will Trust You. It’s amazing! Go run away in it!
See you Friday.

I could see these heavy chains binding my wrists, binding millions of wrists. And in one fail swoop, I saw Jesus (mostly a white robe with a flashing sword–no face) move in, wielding a sword with all of these fancy moves to break the chains and my movie screen in my head froze and I heard a whisper to my heart.

“While I love the imagery, it’s not quite right.”

Because Christ didn’t need fancy moves or a physical sword.

And the sword in his hand was gone and he whispered.

The chains fell away and turned to rusty powder, then mighty yet soft hands took my wrist. Bruised from wearing chains. And he said, “I took the stripes so you wouldn’t have to.” Then he raised my wrist to his lips and kissed it. The bruises disappeared.

From there, I saw one wrist after another, different colors. Different sizes. All free.

With the spoken word. Just one word.

So we give it all away. Surrender ourselves to the One who made us free. Who continues to set us free from sin. From weights and hinderances that keep us from moving foward in Christ.

He will meet your need right where you are. What do you need from him today?

Yesterday morning was a typical day. My daughter had already left for school and I was waiting on my son to finish up his routine so I could drop him off. His school I.D. tag was on my table so I grabbed it and went into the bathroom where he was brushing his teeth.

“Put it in your backpack. Okay.” I walked out of the bathroom and followed his instructions. And it hit me, wow, that was such a mom thing here. He never once pronounced a syllable let alone a coherent word, but I know him so well. I heard his mumbles clearly. It wasn’t a mystery.

Much like mothers translating their toddler’s babbles to those who don’t spend much time around them.

You just know. If you’re a parent, you’re nodding right now. Or if you’re a babysitter, nanny, or day care worker who spends copious amounts of time with particular children.

And it struck me how thankful I am that God knows all my mumbles. Sometimes, I don’t have the words to say. I don’t even know what to say. Sometimes, they’re only incoherent sobs. Heart cries.

I asked my son when he came out of the bathroom, “Did it surprise you I knew exactly what you were saying?”

Child-like faith. He knows I know him. And it doesn’t surprise him that I understand every word out of his mouth whether it’s formed perfectly or not.

Don’t ever be afraid that God doesn’t know your heart and the cries that swell from within, even if you’re not sure. He is. And never doubt that he hears every single word. And that he loves you and plans to take care of you.

Oh yes, you shaped
me first inside, then out;
you formed me in my mother’s womb.
I thank you, High
God—you’re breathtaking!
Body and soul, I am marvelously made!
I worship in adoration—what a creation!
You know me inside
and out,
you know every bone in my body;
You know exactly how
I was made, bit by bit,
how I was sculpted from nothing into
something.
Like an open book,
you watched me grow from conception to birth;
all the stages of my life were spread out
before you,
The days of my life
all prepared
before I’d even lived one day.
Psalm 139:13-16 MSG
Do you ever struggle with thoughts that tell you God doesn’t hear or understand you? How can these verses bring truth to light for you? Or do you have other verses that sink into your soul and bring security? Share one! 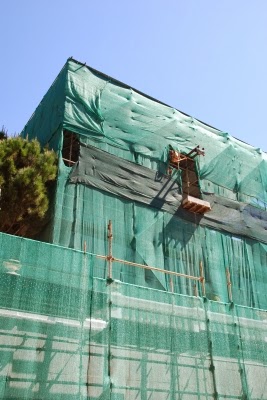 
There are still things to be done in us. He will perfect that which concerns us.

And there are still things to be done in Kingdom.

Love this reminder from Chris Tomlin today! How about you?
photocredit/freedigitalphotosartur8

Isn’t He worthy? I could bust out of my skin listening to this worship song. Go ahead and take the time to hear it all. We’ll be talking more about it on Wednesday. 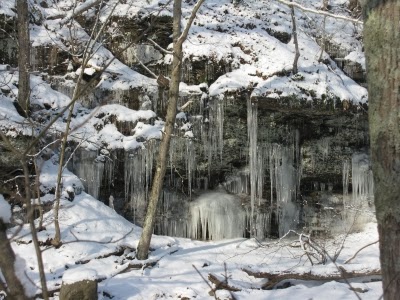 …answer in the comments
and take a few minutes to be calmed, filled with peace, renewed with hope, infused with joy.

Wednesday, we’ll talk about consecration i.e. being set apart for service. I hope you’ll join me!

The sun came up. God is faithful. What He says He will do, He will do!