Hey everyone! Welcome to my new website. I’m so in love with it and can’t thank Jason Walker at Website Ministries enough for his amazing design, patience, and nailing my vision. I highly recommend him if you’re in the market for a new website or even an upgrade.

Also, today not only marks my new online home, which I hope you’ll peruse, especially my BOOK CLUBS page which is full of bonus features and extras for all the books that have released, but today is RELEASE DAY for Final Verdict! And to celebrate…

I’m giving away a Kindle Fire and a signed paperback copy of Final Verdict to one winner. U.S. Only. 18+  This is no April Fool’s joke! The contest is open for the entire month of April! I’ll draw a winner and email them/announce it here May 1st! 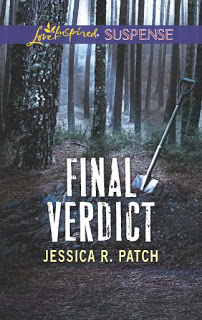 Guess what? I’m giving away 5 signed paperbacks of Final Verdict! All you have to do is enter the giveaway on Goodreads for a chance to win 1!

In Other news, my novella Unleashing Love releases TODAY in the Love at First Laugh Collection! It’s only .99 for all 8 novellas! That’s a deal. Grab it up!

Have a great week, ya’ll!

***Update 2/21/2017 Thanks, everyone, the spots have now been filled. There was an overwhelming response (to which I’m grateful) and not everyone could squeeze in. However, know that the Patch Pack will open up again in the near future. Those who filled a slot have been notified personally by email and added to the private facebook group. Thanks again for your support!***

Guess what? My 4th Love Inspired Suspense novel, Final Verdict, is releasing in April and there are a few limited spaces in the Patch Pack for those of you who might be interested in joining up to help me spread the word!

By joining the Patch Pack, you’ll receive a FREE advanced digital copy of Final Verdict. Here’s  a peek at the book: 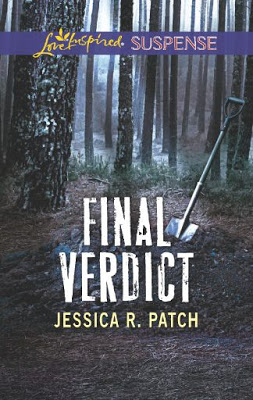 FATAL JUSTICE
When Aurora Daniels becomes the target of someone seeking their own twisted justice, Sheriff Beckett Marsh is the only one who can rescue her. As a public defender, Aurora has angered plenty of people in town—and in her past. And while Beckett constantly clashes with the feisty lawyer professionally, it’s his duty to protect and serve. Guarding her 24/7 is now his sole assignment. He may not have been able to save his fiancée from a dangerous felon, but he’ll do whatever it takes to keep Aurora alive. Even if working with her to catch and convict this ruthless killer puts his heart in the crosshairs.

Sound like a book you’d like to read? Great! Let me share a few other perks of being in the Patch Pack. You’ll be added to a “secret” group on  Facebook. We have a lot of fun over there as we chat about books, life, and sometimes Patch Packers help me brainstorm ideas and help out with character names and the like…also…with each book they commit to promote, they’re entered into an exclusive giveaway full of fun prizes. This last book I gave away a kindle fire, signed paper back, cool coffee mug and coaster to boot!

Basically, the Patch Pack team helps me spread the word about the book through their circle of influence such as social media sites, church friends and family, word of mouth, and of course, honest reviews!

Space is limited, so if you feel like this might be something you are interested in, please fill out the Google form: PATCH PACK GOOGLE FORM

Thanks again for considering teaming up with me!