In honor of Katie’s debut novel releasing soon, she’s giving away a copy of her book to a lucky winner! All you have to do is leave your email address in the comment section if you want to be entered! I will draw the winner through a random generator and announce it on Monday!


*If you are reading this through facebook and can’t comment in the blog comments, let me know in the comments of facebook if you’d like to be entered and I’ll message you if you win! 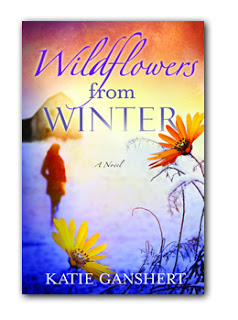 A young architect at
a prestigious Chicago firm, Bethany Quinn has built a life far removed from her
trailer park teen years. Until an interruption from her estranged mother
reveals that tragedy has struck in her hometown and a reluctant Bethany is
called back to rural Iowa. Determined to pay her respects while avoiding any
emotional entanglements, she vows not to stay long. But the unexpected
inheritance of farmland and a startling turn of events in Chicago forces
Bethany to come up with a new plan.
Handsome farmhand
Evan Price has taken care of the Quinn farm for years. So when Bethany is left
the land, he must fight her decisions to realize his dreams. But even as he
disagrees with Bethany’s vision, Evan feels drawn to her and the pain she keeps
so carefully locked away.
For Bethany, making
peace with her past and the God of her childhood doesn’t seem like the path to
freedom. Is letting go the only way to new life, love and a peace she’s not
even sure exists?
You can pre-order Wildflowers from Winter here. It debuts May 8th!

26 thoughts on “Wildflowers from Winter: Emily Shuff’s Beauty from Pain”