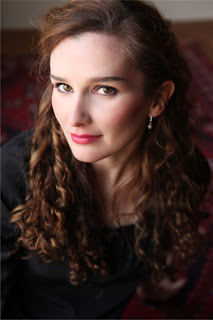 Okay, before we even begin, let’s all take a deep breath and push the envy down. I know. She’s gorgeous. And not just on the outside. Kimberley has one of the most beautiful insides! She loves Jesus with every part of her being and it shines like a beacon.

I rode on a plane with her to Denver last year for the Writing for the Soul conference–and never knew it! We’re from the same area.  It was at the conference, where she finaled, that we met and discovered this.

Since then we’ve kept in touch and even had coffee at the fabulous bookstore she likes to write in. She’s witty and clever and so much fun to be around. I’ve had the chance to read the book that she’s finaled with AGAIN! It’s a beautiful story. Truly literary fiction at its finest. The winner will be revealed this Thursday!

***Thanks everyone for all the encouragement and questions this past Friday on my first vlog! You can watch it HERE! If you still want to ask questions or throw out a topic for me to ramble about it, email me at jrpatch(at)yahoo(dot)com, twitter me a DM, or leave me a message on FB (links at the sidebar)

***Wednesday, we’ll pick up with our series on strength! Talking about how to protect yourself from an unseen enemy.