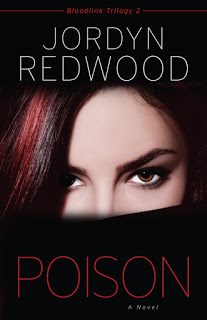 4 thoughts on “The Duality of Toxins with Jordyn Redwood”