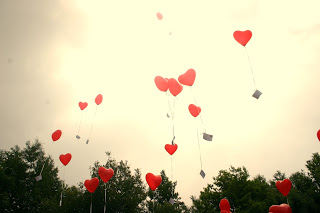 I’m kicking off Fridays with real-life romance stories that are meant to encourage and inspire you whether you’re single, engaged, or married!

Each Friday during February, you’ll hear from one woman about her real-life romance! Today, I’m honored to have my dear friend (And my midnight Twilight Saga movie premiere partner) Charissa Kerley with us to share her unique story.

I was so blessed to know Charissa during her teenage years and watch God do amazing things in her life. She’s always been a wonderful role model for my daughter and I couldn’t love her more! Welcome, Charissa! 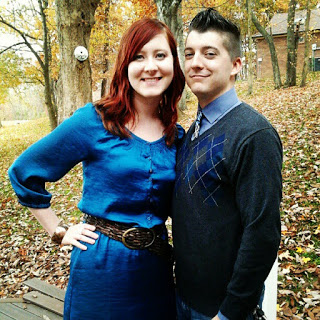 For as long as I
can remember I have been a romantic even back to elementary and middle school.
I was always daydreaming about my future husband, how we would meet, how
handsome he would be and how we’d live happily ever after.
So naturally I was so excited when I
got to high school and would be around a ton of older boys whom I could
potentially date. However, in the 9th grade I strongly felt that the
Lord was asking me to give up dating much to my disappointment. Unless He
revealed the man I was going to marry with a ray of light and a hallelujah
chorus, I would not be dating anyone until I graduated. This wasn’t to say that
I didn’t have plenty of crushes and even a couple of offers throughout high
school, but I knew that God had asked me to sacrifice those things for Him.
All throughout this time, I learned
so much about being secure in my relationship with Christ. I stood on the verse
that said: “For your Maker is your husband—the Lord Almighty is his name.”
Isaiah 54:5. Knowing that Jesus was the best husband I could ever ask for
taught me so much about who He is and who I am through Him. I look back on that
time in my life so fondly even though it wasn’t always easy when I was living
it.
One of my closest friends in high
school was named Kayla. We had an accelerated English class together and became
fast friends, having similar views and taste in movies and music. Towards the
middle of our sophomore year she began dating a guy who was a junior named
Luke. Luke had a twin brother named Brad and I’d seen both of them around
school before (they both had a notorious style, wearing huge baggy pants and
their hair color changing practically every month.) I got to know Luke through
Kayla, but I didn’t speak to Brad much.
Fast forward to my senior year. Kayla
had moved to Iowa
and Luke and Brad had both moved away after they had graduated high school the
year before. I kept up with Kayla through Myspace (you can see how dated this
story is now) and I had also become “friends” with Brad on there at some point
as well.
Towards the middle of my senior year
I began talking with Brad a little bit on our Myspace pages. He had recently
been through a bad breakup while he had been away in St. Louis and I would get on his page to tell
him jokes and say silly things to cheer him up. We began to talk more and more,
eventually upgrading to text messages.
As my senior year came to a close,
my choir held a banquet to celebrate all of the year’s accomplishments. Even
though Brad and I had never hung out one on one before and had only just
recently began getting to know each other, I asked him to go with me. He
immediately responded that he would be happy to go because he was coming home
for the summer. 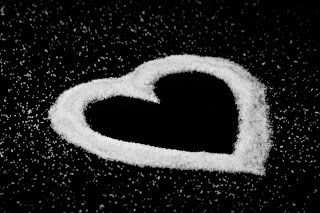 The first day that Brad and I spent
any time alone together was (get this!) my very last day of high school. He
picked me up from the school and we spent the rest of the day together.

That summer Brad and I were
practically inseparable. He became my best friend. Every morning that I woke up
I couldn’t wait until I could see him that day and any time we were apart we
spent texting each other constantly. He finally mustered up the courage to ask
me out at the end of the summer and of course I said yes. My family loved him
and Luke and Kayla (who were now married) and the rest of his family were so
happy that the two of us had gotten together.

We had a whirlwind romance, getting
engaged after only four months of dating and then getting married six months
after that (at ages 19 and 20!). We’ve now been married over four years and it
has been an amazing ride. It’s not always easy, but we constantly strive to
grow closer to the Lord and each other on a regular basis.
Brad and
Charissa Kerley live in northern MS. Brad is currently in grad school at the University of Memphis to be an entrepreneur and they
both work heavily in their church’s missions department. They have a huge heart
for the country of Haiti
and hope to minister there permanently or periodically after Brad receives his
Master’s Degree.
I love that story! And I love you, Charissa and Brad! 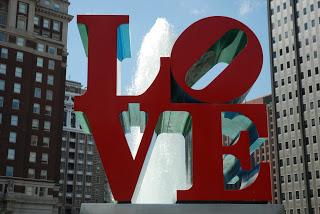 *Next Friday, you’ll hear from a very special lady to me…my Pastor’s wife! You won’t want to miss this incredible journey of love!
Were you best friends with your spouse before you dated?