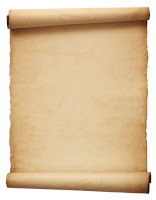 A clean white screen with a blinking cursor thrills me. I know something beautiful is about to happen.

You don’t have to be a writer to feel this way. It might be a new project you’re about to begin. I love a fresh can of paint and a plan, as well.

Not long ago, I was teaching on the book of Jeremiah to the Young Adults. The passage I taught from was Jeremiah 32, when he buys a field and gives the purchase deed to Baruch, son of Neriah–not to be confused with Baruch in Nehemiah.

During this time of studying the history and people for this passage, I had written a book for a contest. A week before I had to send it, I found an embedded watermark on most of the chapters. I freaked out because if any logos were discovered, it would disqualify me. I called everyone I knew that was computer savvy, googled the problem, and found that some 2007 installments of Microsoft had these issues.

I had to take my hardcopy of the book, and in less than a week–rewrite the entire novel. 93,ooo words. Sigh. I cried. Bawled. Sobbed. Screamed…and so forth. My back ached, my fingers cramped and my neck became stiff. I lost sleep from staying up to write. I missed fun activities with friends and even family.

And of course, I had to study for my lesson which included biblical history in order for them to grasp what I was teaching. Friday afternoon came. I was nearly done with my writing and going over the notes about Jeremiah when the Lord whispered in my ear, “You are Baruch.”

So turn with me to Jeremiah 36. Jehoiakim was on the throne at this time. And Jehoiakim did evil in the sight of the Lord. God instructed Jeremiah, “write on this scroll all the words that I have spoken to you against Israel, Judah, and against all the nations, from the day I spoke to you, from the days of Josiah even to this day.” That’s a lot of words.

Jeremiah finds Baruch, son of Neriah, in verse 4 and dictates all the words to him. There is no keyboard, spellcheck or track changes. Just papyrus and ink and one man writing words. Then he sent Baruch to read all the words to the people. 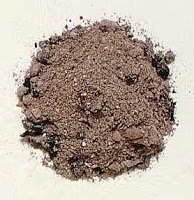 Moving on to verse 20-26… When the king found out what Baruch had written at Jeremiah’s instructions (because he didn’t care for what was said)–words God gave him–he was furious! He took the scroll and threw it in the fire. In verse 27-31, The Lord commanded Jeremiah to recite the words again and Baruch had to rewrite the entire scroll. Imagine the work involved. The hunched shoulders, callused fingers, and aching back. But on those pages were words that were going to change lives. Touch people’s hearts and encourage them.

Verse 32, “Then Jeremiah took another scroll and gave it to Baruch, the scribe, the son of Neriah, who wrote on it at the instruction of Jeremiah all the words of the book which Jehoiakim king of Judah had burned in the fire. And besides, there were added to them many similar words.”

Writing is hard. Rewriting is challenging. Don’t give up. When I rewrote it all, I found places that needed tweaking, and I added many similiar words. It was a better book because I had to redo it. Don’t get discouraged when your work gets rejected. Rewrite. Rewrite and know God has a plan and purpose for those words.

Nebuchadnezzar took a young Jewish boy captive. His name was Daniel. Look at chapter 9 in Daniel, starting with verse 2, “…in the first year of his reign, I, Daniel, understood by the books the number of the years specified by the word of the Lord through Jeremiah the prophet, that He would accomplish seventy years in the desolation of Jerusalem.”

Baruch didn’t give up. He rewrote those words Jeremiah gave him from the Lord, and Daniel read them and understood that the time was nearing for the captives taken away from their land, to be freed! It sent him on his knees in intercession and supplication. It brought an amazing encounter with the Lord. And it brought lost hope to a people who thought they’d never get to go back home again–people who thought the Lord had abandoned them.

If God has given you a story to write or a project/ministry to launch, don’t give up. Not even when someone shreds it. Rewrite/Restructure it. Learn to trust. Obey. Believe. God will get it in the hands of the right people. At the right time.

You are Baruch and you can do it!

“For I can do all things through Christ who strengthens me.” Philippians 4:13

What scriptures have kept you motivated to keep pursuing your dreams?

12 thoughts on “In the Word Wednesday: Pick up the Pen and Do it Again”