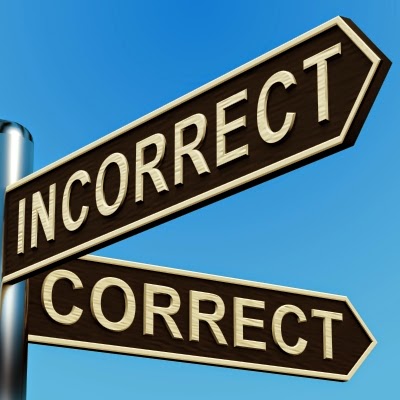 Come on, you know you were thinking “rain” and you’d be wrong. I am not talking about Milli Vanilli, although I am talking about choices today and they made the choice to lip sync through their career. It was bound to get out. Some of you may be asking, “Who is Milli Vanilli and what kind of name is that?”  I don’t know, but here’s who they are: Blame it On the Rain.  I know, right?

I’ve been thinking about choices lately. Especially since week one of my F.O.R.W.A.R.D. class I touch on choices when I speak on Adam and Eve.

9 But the Lord God called to the man, “Where are you?”
10 He answered,
“I heard you in the garden, and I was afraid because I was naked; so I hid.”
11 And he said,
“Who told you that you were naked? Have you eaten from the tree that I commanded
you not to eat from?”
12 The man
said, “The woman you put here with me—she gave me some fruit from the tree, and
I ate it.”
13 Then the Lord God said to the woman, “What is this you have
done?”
The woman said, “The serpent
deceived me, and I ate.” Genesis 1
God knew exactly where Adam and Eve were. But He was doing what any good parent would. Giving an opportunity for the kiddos to come clean. To be honest with Him.
When I know my child has done something, I don’t go in all accusing. I ask, “Did you eat that cookie I told you not to?” Why? Because I want to know if they’ll come clean and accept responsibility for their actions or will they lie to my face. The rule at my house is: You tell me the truth, expect consequences. Appropriate for the “crime” of course. Without consequences, what are we teaching our children? Nothing! We’re going to have an epidemic of spoiled adults who think they can do anything they want without reprecussions. Now, if you lie to me, the consequences are going to be more severe. Why? Because I want the truth. Be truthful, I’ll show you mercy.
But Adam did not come clean. He played the blame game. He blamed Eve, yes, but ultimately he blamed God. “That woman YOU put here with me.” (emphasis mine) In other words, he was saying, “Had you not given me this woman, I’d have never messed up. I blame you. It’s your fault.”
There are many things in our lives that happen outside of  our control. We can blame God and get bitter or we can trust Him to heal us and turn it around for good. That’s our choice. And the choices we make based on the things that happen to us, they’re ours to own.
God didn’t force that fruit down Adam’s throat. Adam chose that. Eve gave it to him, but she didn’t force it down his throat either. Adam did that. And even the cunning serpent didn’t spoon feed him. Adam chose it. And Eve made her own choice as well.
We have to own up to our mistakes/bad choices and put the blame where the blame is due. On us. Be honest with God and let His mercy shower you. Can’t say He’ll remove the consequences. He disciplines those He loves.
But mercy will lighten it and grace will get us through it.
I’ve been dealing with a situation with a loved one who has been blamed for another’s actions. The unleashed fury on this loved one is overwhelming and lately, I’ve been living out pray without ceasing. But that angry person made a bad choice. And then took that bad choice and aired it online for everyone to see. And as a result of those choices, consequences came.
Pride gets in the way of owning up to moments of missing the mark. Fear gets in the way. Really it’s only one of the two. Pride goes before falling and fear holds us back from moving forward. And me? I always want to be in a state of propelling forward. I never want to fall on my face because I was too proud to admit I messed up. I’ve been there though–prideful and fearful.
I’d rather have mercy and grace.
How about you?
photocredit:freedigitalphotos.net/stuarmiles