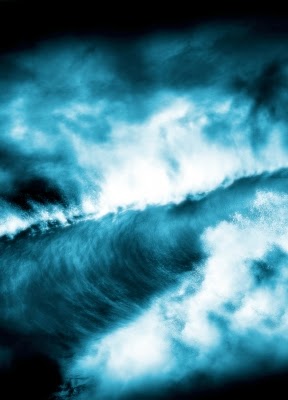 Ever work
hard all day until you’re exhausted? Maybe you’ve been in charge of a
particular ministry/event at your church and you’ve been pouring out everything
you’ve got all weekend long. You’re flat out drained.
I’ve been
there, too.
So has
Jesus.
Yes, Jesus
knew exhaustion. He was fully God but also fully human. All that walking caused
his legs to ache, maybe he even suffered from a Charlie Horse. His dirty feet
throbbed. And His human body needed rest.
After
touching multitudes (thousands), healing, speaking, hugging, drying tears He
told His disciples they were going to the other side of the lake. I imagine him
climbing into the boat, barely able to hold his dark eyes open as He stumbled
down below and collapsed, head against the wall, it felt so good to sit…to
rest. And in an instant, His mouth may have dropped open as He breathed
in…out…in…out. Sweet rest.
But
then…
“A
terrific storm came up suddenly on the lake. Water poured in, and they were
about to capsize. They woke Jesus: “Master, Master, we’re going to
drown!”” Luke 8:23-24 MSG
Jesus
could have shooed them away with words like, “I’m too tired. We’ll be
fine. Let me have five more minutes.”
But He
didn’t. Instead…
“Getting
to his feet, he told the wind, “Silence!” and the waves, “Quiet down!” They did
it. The lake became smooth as glass.” Luke 8:24 MSG
Imagine a
storm so great suddenly taking place. Why? Out of the blue?
Because
they were going to the other side. On the other side of the lake was a legion
of demons inside a man. A legion of demons who wanted to keep control of the
man, and the territory they’d claimed at theirs.
Is
it possible the headwinds, and storm came from the “other side” from
the enemy? I believe it is. Jesus shut it down. Immediately.
And
on water as smooth as glass, they crossed over.
Here’s
where it gets completely cool. Okay, rebuking a storm and it obeying is cool,
too, but check this out.
“And when He stepped out on the land, there met Him a
certain man from the city who had demons for a long time. And he wore no
clothes,[b] nor did he live in a house but in the tombs.  When
he saw Jesus, he cried out, fell down before Him, and with a loud voice said,
“What have I to do with You, Jesus, Son of the Most High God? I beg You, do not
torment me!” For He had commanded the unclean spirit to come out of the
man. For it had often seized him, and he was kept under guard, bound with
chains and shackles; and he broke the bonds and was driven by the demon into
the wilderness.” Luke 8:27-29 NKJV
The
word for torment in the Greek
is bazanizo. It means,
“to question by applying torture” “to be harassed,
distressed” but it also means, “of those who at sea are struggling
with a head wind.”
Here
comes the Son of the Most High God. The demons immediately know and recognize
Jesus, and they fear! They know their time is short and they aren’t ready to
go. But they’ve been inside this man for so long…binding him in chains,
forcing him to live in dark, empty, dead places (the tombs), they’ve kept him
naked (filled with shame) and have driven him mad, completely out of his
mind.
And
they wanted to continue.
Thus
the wild storm on the sea. A headwind according to the dictionary (dot)com is
“a wind opposed to the course of a moving object, especially an aircraft
or other vehicle.” “A wind blowing directly against the course of
moving object, especially an aircraft or ship.”
Jesus
was on the move. Heading in the direction of a man who needed to be put into
his right mind, released from dead, empty places, given his dignity back, and
freed from his own torment. The enemy tried to blow against/oppose that moving
course.
But
Jesus shut that down. “Silence! Quiet down!”
And instead of being blown back, Jesus Himself became
the HEAD WIND! “I beg you, do not torment me!” Do not
change my course! Do not oppose me! Do not vex and distress me!”
Unlike
the enemy, Jesus did not fail. The legion of demons had no choice but to obey.
When the people came out to see what had happened, they found the man
sitting at Jesus’ feet, clothed and in his right mind. He wanted to go with
Jesus, but He told him to stay, to go home. Imagine how many people came to
believe in Christ because they saw this man who had been a wild animal,
drastically changed.
Maybe
you feel like you’re being blown away or opposed by a raging headwind. Know
this: Jesus can’t be stopped. Nothing detours Him from getting to you. He can
heal every part of you and give you back your dignity.
He’s
the only unstoppable headwind.
photocredit/freedigitalphotos/victorhabbick