On April 12 in 1861, The Civil War began.
I can’t imagine what it would be like not to know what was happening. Now we can turn on TV, check Facebook, Twitter, you name it and we have pretty much direct access to what’s happening in the military.

In 1872, Jesse James and his gang rob a bank in Columbia, KY for $1500 and one person died.
I wonder how much that was to people back then. Sad thing, people kill for just a pack of gum today. I don’t see Jesse James doing that.

In 1945, Franklin Roosevelt died.
According to Arsenic and Old Lace, he yelled “Bully” before going downstairs. And he blew a horn. Is that true? Or was that Teddy? I think it was Teddy.

In 1954, Bill Haley and the Comets recorded Rock Around the Clock.
I myself enjoy rocking…around…clocks, carts, cabinets, cars…you know anything goes!


In 1988, Sonny Bono was elected Mayor of Palm Springs.
His victory song? I Got You, Babe. Because really, what else did he have going for him? RIP, Sonny.

I leave you with Bill Haley and the Comets, because it’s a good song to sum up what we’ve done here today. Rocked right around the clock. Don’t you feel smarter?

What are you doing to make history?

Here’s a little look into what happened on June 1st back in the days!

1533 – Anne
Boleyn crowned queen of England
And we all know how
that turned out. Shame on you, Eric Bana!
1813 – Capt
John Lawrence utters Navy motto “Don’t give up the ship”
I only included this
because I read “ship” wrong and then giggled.
1933 – Charlie Chaplin weds Paulette
Goddard
I would have loved
to have seen their silent wedding. And did he waddle with a cane when they
exited the aisle? Check out with the make-up and without! Meow!
1940 – Coffee
& tea rationed in Holland
If you ever try to
ration my coffee or tea, I’ll straight up punch you in the face.
1949 – Lucille Ball & Desi Arnaz wed
for the second time
I guess they thought
their wedding was a joke. Badump bump ching!
1968 – Simon & Garfunkel’s “Mrs
Robinson” hits #1
I will never hear
this song again and not think of a particular fictional character.


1991 – Roseanne
Arnold & Tom Arnold wed again, they divorced later
I’m seeing a pattern
with comediennes and the men who ride their coat tails. 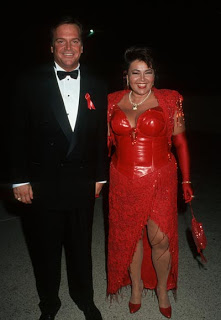 1992 – Snowfall in Colorado
Um…doesn’t it always?
If you could go back in time and give advice to a celebrity couple, who would it be and what would you say?
Have a great weekend, everyone!