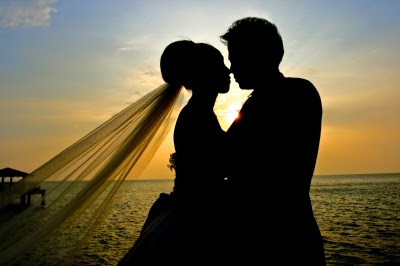 So, I’m a romantic. I can’t help it. I think I was born this way. Or my mom at least contributed by allowing me to watch endless soaps from birth to like 4 years. But that might be my love for melodrama not romance. That’s another blog post. Or a trip to the therapist’s couch. Either way.

I am a romantic and there’s something about this story that makes all gooey inside. Jacob is coming to Haran after running from his older brother (twin by a minute) Esau.

“While Jacob was in conversation with them, Rachel came up with her father’s sheep. She was the shepherd. The moment Jacob spotted Rachel, daughter of Laban his mother’s brother, saw her arriving with his uncle Laban’s sheep, he went and single-handedly rolled the stone from the mouth of the well and watered the sheep of his uncle Laban. Then he kissed Rachel and broke into tears. He told Rachel that he was related to her father, that he was Rebekah’s son.” Genesis 29:9-12 MSG

Let’s not miss Rachel was a Shepherdess. I think that’s cool. Anyway, Jacob rolls this stone away single-handedly! A stone that took all the shepherds to do. Talk about a major adrenaline rush! She’s coming toward him with her hook in hand, sheep all around, and she’s beautiful. Knocks the breath right out of him and gets his blood pumping so hard he does rolls that joker away. And my heart pitter-patters. I’m instantly rooting for them!

Then Jacob asks for Rachel. He’s been struck by her since the moment she stepped into the pasture.

“Now Laban had two daughters; Leah was the older and Rachel the younger. Leah had nice eyes, but Rachel was stunningly beautiful. And it was Rachel that Jacob loved.” Genesis 29: 16-17 MSG

Okay, we might say here that he’s going on looks alone and that’s shallow and that would be. But I think it was more, because he always loved her best. She was the most important to him. And he was willing to work 7 years for her.

“So Jacob worked seven years for Rachel. But it only seemed like a few days, he loved her so much.” (v. 20 MSG)

Pitter patter! It only felt like a few days!

But then his uncle tricks him and he ends up marrying Leah. He must have been sloppy drunk on the wedding night to mistake them but it happened.

And he was sorely disappointed. I wonder if Leah begged her father not to make her do this as she worked to tug free from his arm. “He doesn’t love me, Father! He loves Rachel!” But deep inside, I wonder if maybe she was taken with him all along. Wishing he loved her enough to put down 7 long years just to make her his. She was the eldest. She should be married first.

And poor Rachel, like Cinderella locked in her room, maybe she banged on the door and wept and shouted. Seven years she’d gotten to know this man. Builded up to this one moment. A mild-mannered man (says so. Esau hunted but he stayed in the tents and was a mild mannered man). Gone. In a night.

However, Laban did give Rachel to Jacob for 7 more years.

And to be honest, I just want Leah out of the picture so Rachel and Jacob can be together. I don’t want him married to her, sleeping with her, or having children with her. I’m disgusted that he would! I don’t care if it’s culture! He worked 7 years for Rachel! He loved Rachel.

But this read around, I felt terrible for Leah. How miserable to know that you’re unloved and unwanted. You’re decent to sleep with and have some kids with, but his time and attention other than an occasional night belonged to someone else.

Ever felt unwanted? Unloved? Miserable? Wishing life could be different? That you were adored and cherished and thought of. Ever envied someone else for having those things?

“When God realized that Leah was unloved, he opened her womb. But Rachel was barren. Leah became pregnant and had a son. She named him Reuben (Look-It’s-a-Boy!). “This is a sign,” she said, “that God has seen my misery; and a sign that now my husband will love me.”” (v.31-32 MSG)

“She became pregnant again and had another son. “God heard,” she said, “that I was unloved and so he gave me this son also.” She named this one Simeon (God-Heard). She became pregnant yet again—another son. She said, “Now maybe my husband will connect with me—I’ve given him three sons!” That’s why she named him Levi (Connect).” (v. 33-35 MSG)

Years have gone by and Rachel has gotten the lion’s share. And her womb has stayed closed.Therefore, she became envious. In fact, she kind of turned into a pimp. Yeah, she pimped out her husband for some love-apples (mandrakes).

“One day during the wheat harvest Reuben found some mandrakes in the field and brought them home to his mother Leah. Rachel asked Leah, “Could I please have some of your son’s mandrakes?”
Leah said, “Wasn’t it enough that you got my husband away from me? And now you also want my son’s mandrakes?”
Rachel said, “All right. I’ll let him sleep with you tonight in exchange for your son’s love-apples.”
When Jacob came home that evening from the fields, Leah was there to meet him: “Sleep with me tonight; I’ve bartered my son’s mandrakes for a night with you.”” (30:14-21 MSG)
What a dysfunctional nightmare.
Today, my heart isn’t rooting for Rachel and Jacob. It’s rooting for Leah. It’s rooting for me–when I feel rejected or let down. When I feel like others have it better than me in any area of my life.  Today, I’m rooting for you–if you’re feeling unloved, unwanted, shunned.
And I’m here to tell you, that God HEARS. SEES. CARES. And He loves you. Just like He heard, saw, and cared for Leah.
photocredit: freedigitalphotoskongsky

Today, I’m honored to host the amazing, Patty Wysong who is sharing about beauty. Thank you, Patty for being here today!

As women, we have a natural bent for beauty. We love it and long for it. As Christian women we are very aware of the two kinds of beauty–physical beauty and inner beauty. How many times have we seen a beautiful woman and admired her beauty—until she took off her sunglasses or opened her mouth? And other times we’ve met a woman whose inner beauty shined so brightly that it far surpassed her outer beauty.

Those women made an impression on us and we remembered their inner beauty much longer than their lack of physical beauty.

The Bible tells us what is beautiful:

Praise! It’s something everyone can do. It’s a matter of making the choice to praise rather than complain. Praising God takes our eyes off ourselves and puts them on the One we are praising. Self-absorbed people are not happy people, they’re miserable. God-absorbed people are able to praise even when life stinks. It gives them a measure of joy even during the unhappy times.

We work hard at beauty–our own beauty and the beauty that surrounds us, whether it’s our home or work place. But do we put as much time and thought and effort into our inner beauty? Sometimes that inner beauty is as simple as choosing to praise God—whether we feel like it or not. That praise shines through us and God rejoices.

And as the bridegroom rejoices over the bride,
so your God will rejoice over you. ~Isaiah 62:5b

God rejoices in us, His bride, and He has a special name for us: Hephzibah. It’s found in Isaiah 62:4. But you will be called, “My delight is in her,” and the margin note says Hephzibah. My baby name book agrees with the margin note, too. Proverbs assures us that a good name Proverbs 22:1 is more desirable than great wealth. “My delight is in her.” Sounds to me like a pretty cool name to be called! Hephzibah. It has quite a ring to it.

Let’s be sure to beautify our lives with praise for our great God so we can live up to the name He has given us.

My delight is in her.

Yet You are holy, O You who are enthroned upon the praises of Israel. ~Psalm 22:3 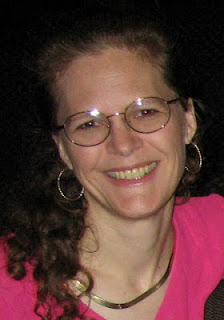 Since Patty quit running from God’s call on
her life and surrendered her pen to Him, she’s been happy. Life is never dull
as she juggles being a wife, a homeschooling mom of five, a Bible study
facilitator, an online blogging class teacher, a blog designer, a website
manager, and a writer. As long as she’s obeying God’s leading, she figures that
sanity is a novelty and not a necessity. Patty clings to the promise that God
will enable her to do what He asks of her, otherwise you would find her living
with the scaredy cats at the Funny Farm and not just occasionally visiting.

Name one thing you find
beautiful in a woman?