I’ve been doing a Bible study, which I hope you all are in some kind of personal Bible study. As I was working on my study, the subject of things we grip tightly and won’t let go of came up. Some things could be sin, or maybe just weights and hinderances that keep us from moving forward in our relationship with God.

Yes, I know this to be true but this time something smacked me in the face. A one-two punch.

Bitterness. And offenses. (Those are the negative things we cling to.) Keep them fisted right in our hands until our knuckles turn white and the circulation stops, sending pins and needles racing up our arms and yet still we hang on.

And I thought about a prior situation/s that happened in my life. I thought of the bitterness that had settled from that offense/s. I gave that bitterness to God a long time ago. I’m not bitter anymore.

But what I realized was I still kept the offense in my grasp. Was it a legitimate offense? Yes. Was I reading more into what happened than was there? No. It happened. To me and to my husband. Over time, my heart grew cold and callused. Then rock-solid toward those who played a direct hand in the hurt. Did they intentionally mean to hurt us? I don’t think so. Not every person involved. But still…

As I thought about those offenses that wracked up over a course of two years over–one right after another, I realized while I wasn’t necessarily bitter anymore, I still kept the offenses in my fist.

And the Lord spoke to my heart. “When You give it to them, they gather it up, when You open Your hand they are filled with good things.” Psalm 104:28

I flipped to the Psalm and read the verses prior to that.

O Lord my God, You are very great:
You are clothed with honor and majesty,
2 Who cover Yourself with light as with a garment,
Who stretch out the heavens like a curtain.
3 He lays the beams of His upper chambers in the waters,
Who makes the clouds His chariot,
Who walks on the wings of the wind,
4 Who makes His angels spirits,
His ministers a flame of fire.
5 You who laid the foundations of the earth,
So that it should not be moved forever,
6 You covered it with the deep as with a garment;
The waters stood above the mountains.
7 At Your rebuke they fled;
At the voice of Your thunder they hastened away.
8 They went up over the mountains;
They went down into the valleys,
To the place which You founded for them.
9 You have set a boundary that they may not pass over,
That they may not return to cover the earth.

The context prior to this is about how grand and majestic our God is! Look at how powerful He is! Yes, the creatures rely on God to feed them, but we do too! At least we should.

I read verse 28 again and saw my hand. Tightly fisted around rocks. Tough, dirty. Rocks that 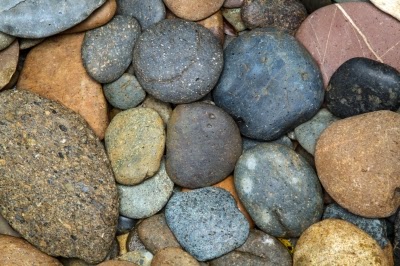 wouldn’t mold into the palm of my hand but instead cut into the flesh leaving bloody wounds and possibly scars if they dug in too deep. Rocks that did not benefit me, and yet I carried them–those rocks–those offenses–as if they were treasure, as if dropping them to the ground would leave me empty, desolate.

And then I saw, in my mind’s eyes, a gentle, yet powerful hand slowly pry open that fist.

One rock after another began to plummet to the ground. Until not one was left.

When my hand was empty, the dirt from the rocks washed clean. The wounds healed. Something happened.

The hand that released those offenses, those rocks, began to pour a rainbow of color into my hands.

M&Ms! Not just M&Ms but my favorite kind! Peanut M&Ms! I giggled as they filled my palm and thought, “God, this isn’t exactly nutritious!” But the point was, M&Ms are sweet to the taste, something to delight in and they come in all varieties and colors.


The question is: Are you willing to drop what doesn’t benefit you so God can fill you with what does?

I answered yes. How about you?