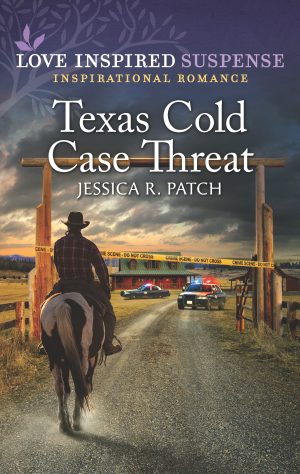 After a murderer sends her taunting letters, FBI behavioral analyst Chelsey Banks retreats to a friend’s ranch—and interrupts the housekeeper being attacked. When evidence connects the break-in to a cold-case serial killer, Chelsey’s best friend, Texas Ranger Tack Holliday, needs her help. With Tack at her side, this could be Chelsey’s chance to catch two killers—unless one of them gets her first.