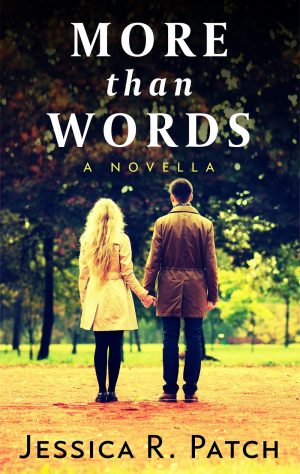 Interior designer Cassie James is building her business and saving up for her dream home. Taking a part-time side job with new-in-town Jax Woodall seems like a good idea to make extra money. Turns out he needs a lot more than office assistance, and Cassie has the expertise to come to his rescue. What’s not such a good idea? Falling for the surly southerner whose broken past is a little too close to her own.

Carpenter Jax Woodall failed at marriage and faith, but he’s determined to succeed as a father. He moves to Mistletoe to be closer to his eight-year-old daughter. But he needs help turning his house into a real home. Enter, Cassie James. She not only talks her way into a job…but eventually into his hard-as-nails heart. If only he could drill out the voices of his past, reminding him love isn’t always enough.

She’s talkative, with nearly as many scars as she has words. He’s quiet and convinced he’s already had his chance at love. But together they learn love and faith are more than words…and just might be worth fighting for.